Jack W. Clark: Perseverance Got Him Where He Is 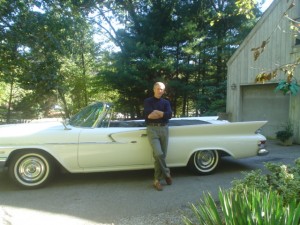 Jack W. Clark: When Luck Presented, He Ran With It…

He looks every bit like his alter-ego—that charming, perennially-young  “American Bandstand” icon, Dick Clark.  In reality, Jack Wade Clark is a case study for why folks should never make assumptions about others.

In his youth, he was seen, by other classmates, as privileged. After all, he was tall, good-looking, the son of a successful builder. But life dealt him blows in his later teen years, when his father’s business went bust; his parents divorced; and his mother suffered a debilitating disease.

That’s when Jack mustered what’s his probably greatest asset—perseverance in the face of adversity.

Today, he’s seen as the epitome of good taste, in summer “dress casual” of polo shirt, Bermuda shorts and boat shoes. And these days (at least for most of the year), he runs his real estate business out of his office at 6300 Post Road, North Kingstown.

But his life’s taken a circuitous route.

Jack was the older child and son of Jack W. Clark, a Pennsylvania native who came to Rhode Island as a Navy Seabee, and Pulaski St. resident, Genevieve (Andruchow) Clark. Following marriage, the couple lived on Manchester St. in Crompton and father Jack parlayed his construction talent into a successful career as builder.

As a member of the John F. Deering (now West Warwick High School) class of 1963, Jack wasn’t sure what he wanted to do in life, but he’d acquired skills, working alongside his father in the building trade.

The road ahead was bumpy. His parents’ divorce saw him living with each parent, separately, in West Warwick and East Greenwich, while money was so tight Jack had to scrape financing together for his college education.

That meant he worked any odd jobs he could get.

In his first year as commuter to the University of Rhode Island (in ’64) ,he hitched rides along route 2. He mentally thanks the many West Warwick-ites who picked him up, as they went to their jobs in the Kenyon Textile Mill.

He laughs, too, about the oil delivery person, covered in grease, who stopped for him, no doubt sympathetic to a young man’s standing in the cold, balancing books, his ROTC uniform, and his lunch.

Even hitchhiking proved a boon, for one driver was a supervisor at that same Kenyon Mills Textile Factory, a man so impressed by Clark’s perseverance that he offered him a job, second shift, in his factory. Jack took that job.

With money earned, Jack finally bought his first car (for $75.00,) signaling the end of his hitchhiking.

He graduated from URI in 1968, with a Business Administration degree.

Following graduation, he entered the military, but lucked out, there, too, for he was assigned duty in Korea (rather than Viet Nam,) missing the combat so many of his peers endured.

In that job, he got to handle the books and accounting for a private club called the “Generals’ Mess,’ a posh socializing venue restricted to top brass and their staff.

When he came home from the service, he drove by the real estate office on Post Rd. that was “For Sale,” a business owned by his father’s former realtor—Lee Littlefield.

That, too, seemed kismet, for Littlefield encouraged Jack to get his realtor’s license. It made sense:  Jack had a head for business and finance, and he was good with people.

All his many jobs had given him gifts.

The beginning years were tough with the market, at points hitting 21% interest rates. Hardly anyone was buying which meant people weren’t selling, either. That’s when Jack dug quahogs and sold them from a panel truck with a brother-in-law in Connecticut.

In other words, he persevered…Just as he had…always, and weathered the market, becoming a successful realtor.

It’s safe to say: When others made lemonade out of lemons, Jack made chowder out of quahogs.

His wife and partner in his many ventures? Childhood sweetheart Carolyn (Kulas) Clark who similarly grew up in Crompton.  They’d go on to have two children, and Carolyn ran her own successful business as hair-stylist.  Recently, the couple celebrated a milestone–their 50th wedding anniversary.

In the past year, Jack and Carolyn bought a second home in Englewood, Florida, on the west coast, where they go to escape the winter blasts, but they do not call Florida home state.

‘Not as busy as many parts of Florida,’ he says.

But they return each spring to Rhode Island to their permanent home, a modern structure designed by a RISD grad that sits near the ocean, in North Kingstown. Proximity to the sea allows Jack his seasonal hobby, harvesting quahogs, clams, and mussels.

He says he could never leave Rhode Island and rattles off his reasons:  ‘The Bay…the hills…the mixture of people of different ages….Fall….the trees.’

And he recognizes, too, just how fortunate he is….. 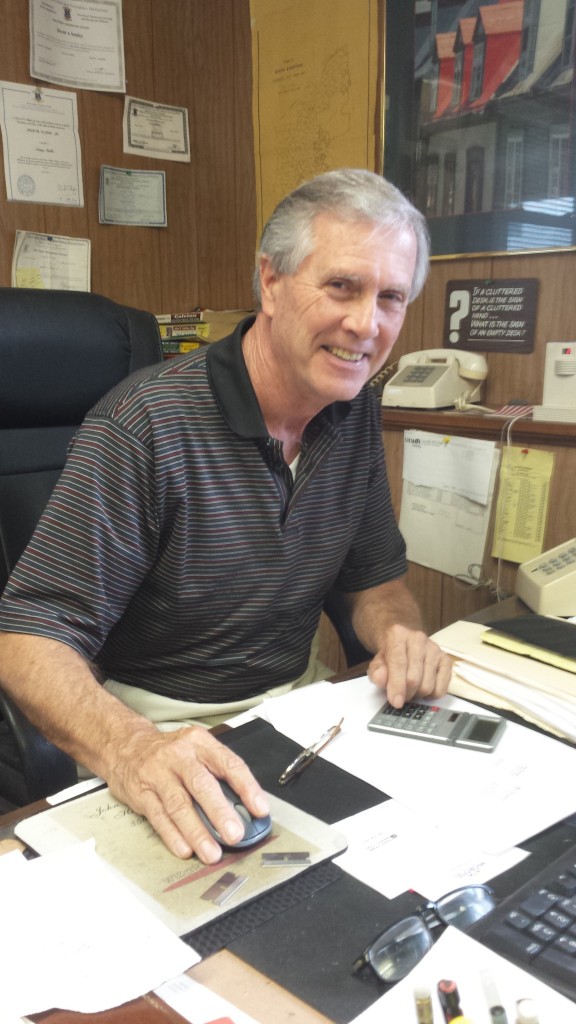 ***Got someone you’d like to see up in lights? Send their name, contact info, and why you think they’d be good candidate to ckmellor@cox.net with “Kent County People” in subject line. Your nominee doesn’t need to be current resident..he/she should exhibit a strong connection to West Warwick/Coventry.